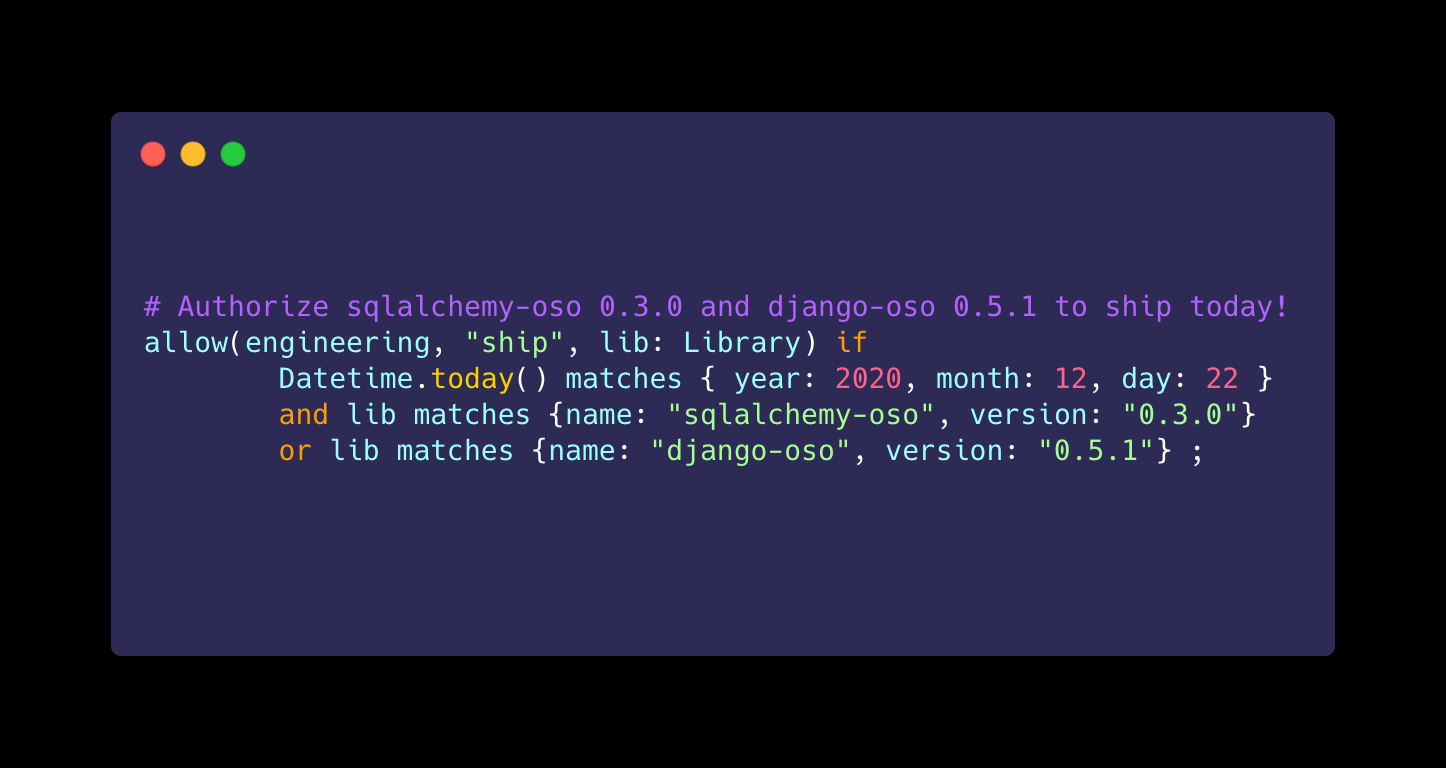 Release: sqlalchemy-oso v0.3.0 and django-oso v0.5.1 are out with Built-In Roles and More

And a number of other improvements and bug fixes, including:

For more details, read the changelog.

With this release, we are also dropping the "Developer Preview" tag. We included this when we first open sourced oso over the summer and were making major breaking changes more frequently. While the pace of development hasn't slowed, the library has stabilized substantially since then. oso has now been downloaded well over 10,00 times and is in production for apps from education subscriptions to CRM, manufacturing ERP and loan applications. We will continue to follow semver and provide detailed changelogs and documentation regarding any major changes we make between now and 1.0.

If you ever have questions, we're available to talk to you about how to get from one version to the next, or to discuss anything you'd like about the product, your use case, or authorization more generally – join us on Slack or open an issue.