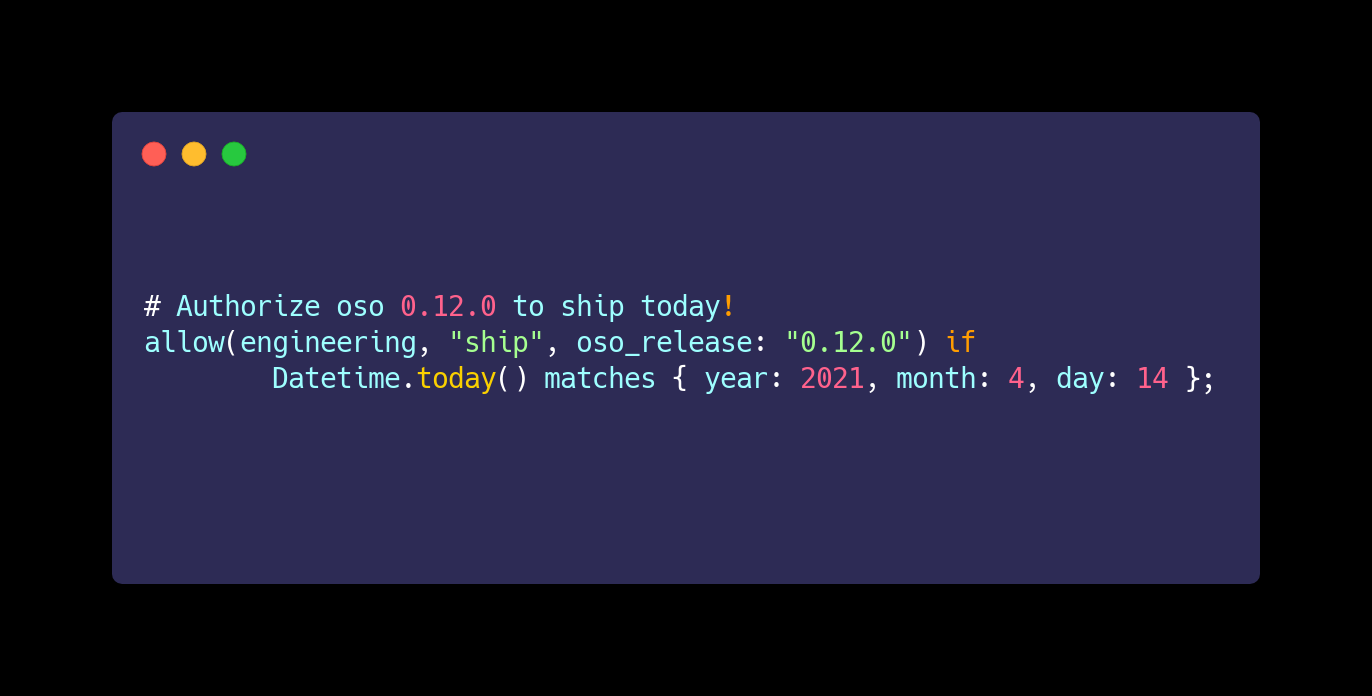 Release: Oso 0.12.0 is out with up to 3x faster data filtering performance, more concise syntax and improvements to the Node, Go and Rust libraries

Oso 0.12.0 is out! Thanks to contributions from @joshrotenberg and @gjvnq in the Rust library and @delicb in the Go library!

Up to 3x performance improvement for data filtering

You can now perform boolean comparison with the shorthand syntax:

Other improvements to Rust, Node and Go libraries

We're also actively working on developing new library features to allow our users to build fine-grained permissions into their B2B apps using role-based access control. If you're interested in early access to this feature, reserve a spot here.

If you ever have questions, we're available to talk to you about how to get from one version to the next, or to discuss anything you'd like about the product, your use case, or authorization more generally – join us on Slack.