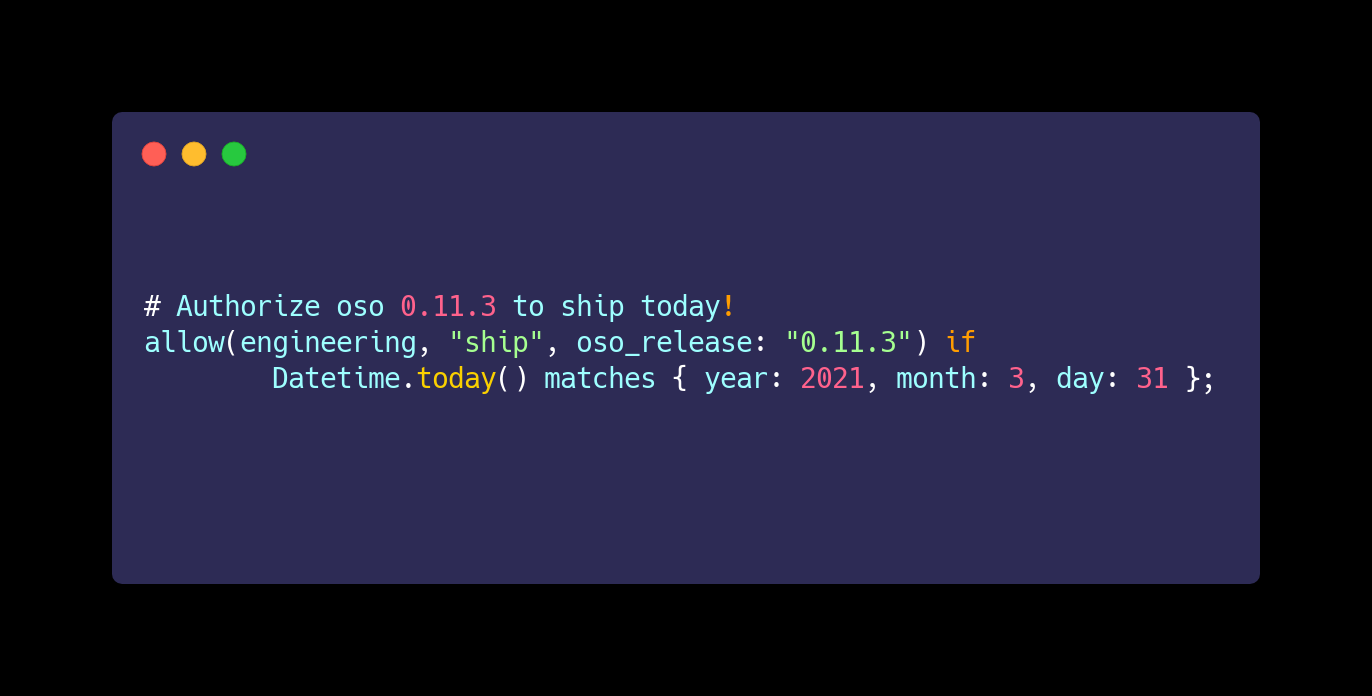 Release: Oso 0.11.3 is out, including support for web workers in Node and Go support for Alpine Linux

Oso 0.11.3 is out! We've had two releases since our last release announcement (0.11.2 and 0.11.3). Since 0.11.1 we've made several bug fixes and improvements to the Node, Rust and Go libraries. Many thanks to @togmund and @fisherdarling for contributing PRs and reporting bugs that were included in this release.

Thanks to @togmund Oso can now run in Web Worker contexts like Cloudflare Workers. The Node library now supports POLAR_LOG and outputs query traces correctly, which can help with debugging policies.

We've improved our build process for the Oso Go library. The Go library size has been reduced 3x and now supports musl distributions of Linux, like Alpine. We also fixed a bug that could cause Go panics when using Oso concurrently.

Rust: Oso interface is thread safe, making it easier to use a global Oso instance

If you ever have questions, we're available to talk to you about how to get from one version to the next, or to discuss anything you'd like about the product, your use case, or authorization more generally – join us on Slack or open an issue.